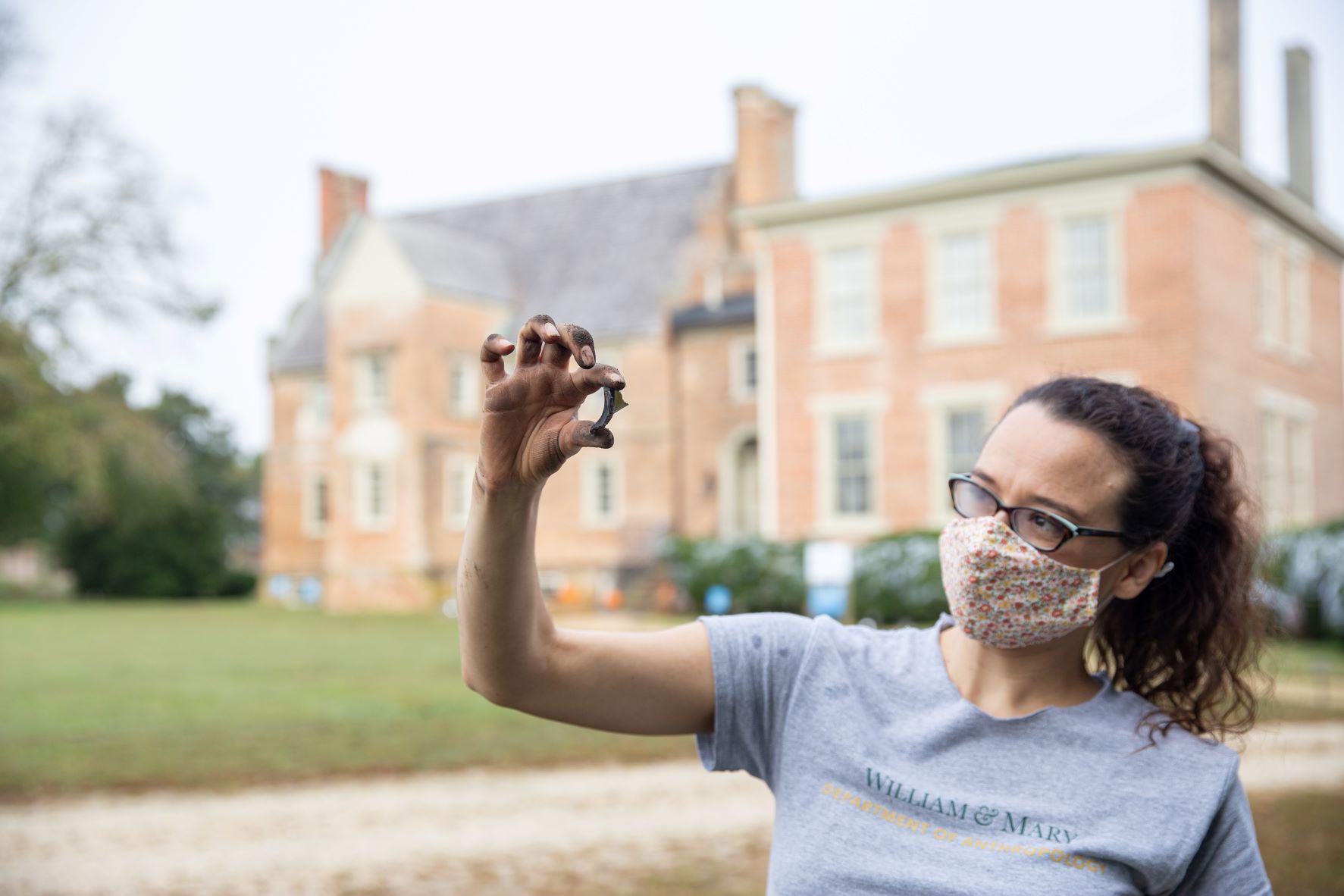 Learn about recent archaeological explorations of the changing plantation landscape associated with Bacon’s Castle over the first century of colonial occupation. In this talk, Rebekah Planto, doctoral candidate in Anthropology, will explore tensions and transformations that cut across all domains of life in the late 17th-century Atlantic world. While the famous house (constructed ca. 1665-1675) and the eponymous Rebellion in 1676 have been well-studied, the larger early plantation landscape remains relatively obscure. Yet the legacies of this 17th-century colonial plantation remain salient today as we grapple with structural inequities and contested understandings of our collective past in Virginia and beyond. Bacon’s Castle affords a unique perspective on the deep roots and lasting legacies of colonialism and plantations in the United States.

The Emerging Scholars Series is a partnership between the Arts & Sciences Graduate Center at William & Mary and the Williamsburg Regional Library. The series features W&M graduate students in talks hosted by the WRL intended to bring cutting-edge research to the local community.