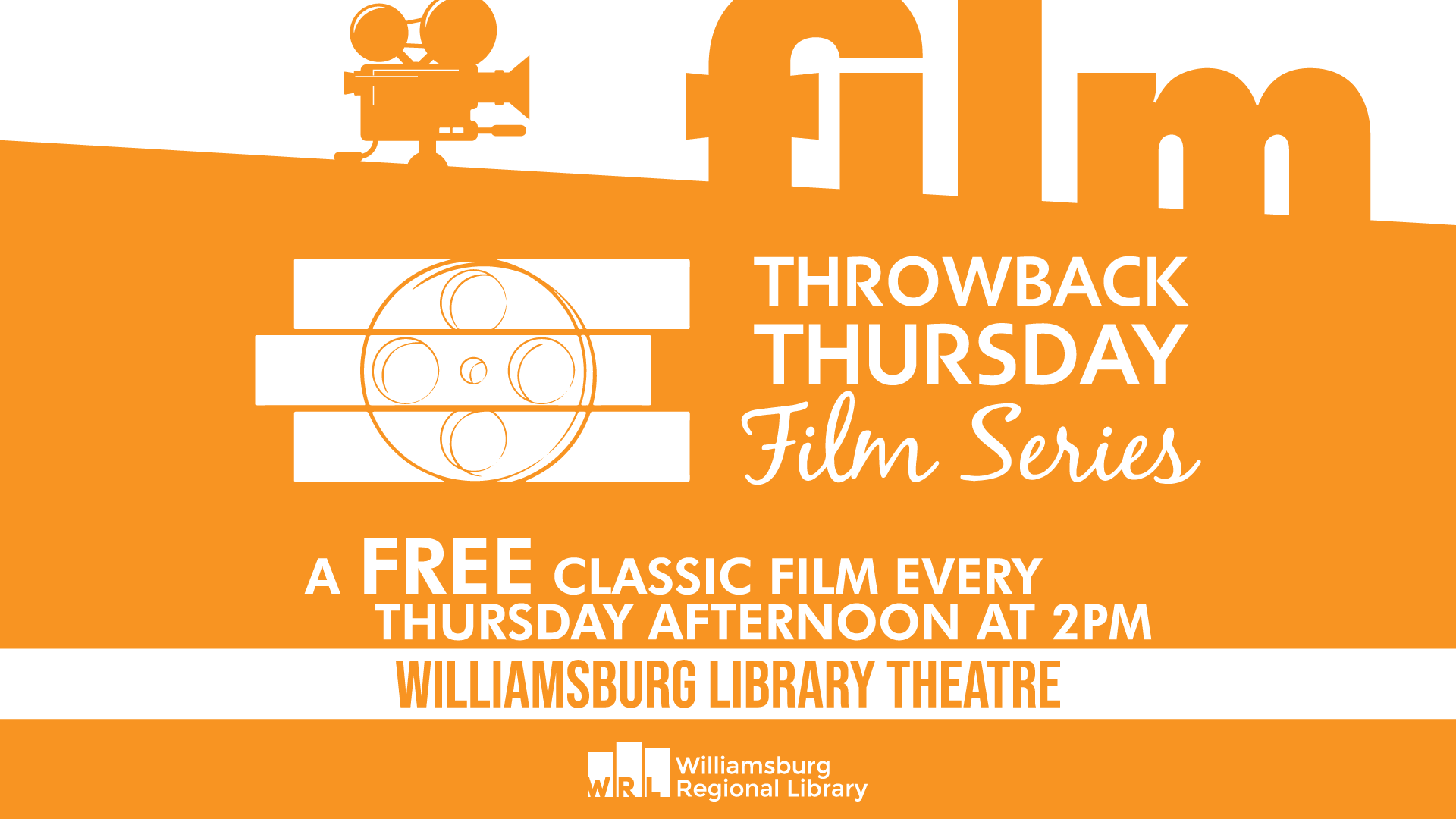 An event every week that begins at 2:00 pm on Thursday, repeating until September 29, 2022

Now in its 19th year, the Throwback Thursday Film Series screens a variety of classic and contemporary movies for an adult audience. All films are shown in the Williamsburg Library Theatre.

Lucille Ball stars as a dancer in London who agrees to assist the police in capturing the serial killer who murdered her friend. George Sanders and Charles Coburn costar under the direction of Douglas Sirk in this atmospheric thriller. NR 1h 42m

Phillip (Robert Montgomery) and Ward (George Sanders) are best friends, but when Phillip marries the lovely Stella (Ingrid Bergman) he becomes convinced that Ward and Stella are having an affair, an obsession that leads him to contemplate murder. W.S. Van Dyke directed based on a script by Christopher Isherwood. NR 1h 25m

A millionaire invites a group of people, one of whom killed his wife, to a party on his yacht. He organizes a strange game to identify the villain, but the festivities are interrupted by murder. Richard Benjamin, James Coburn, James Mason and Raquel Welch costar. The script was written by Stephen Sondheim and Anthony Perkins. PG 2 hours

Joseph Mankiewicz directed this clever thriller about a writer of detective fiction (Laurence Olivier) and his wife’s lover (Michael Caine) who engage in a dangerous battle of wits that could lead to murder. Nominated for four Academy Awards including Best Actor nominations for both Caine and Olivier. PG 2h 18m

Claude Rains plays the host of a mystery radio program who is looking for a real-life killer in this suspenseful noir thriller. Joan Caulfield, Audrey Totter, Hurd Hatfield and Constance Bennett are among the suspects. Director Michael Curtiz brings his usual style and visual flair to the film. NR 1h 43m